Building a computer... And you can too! 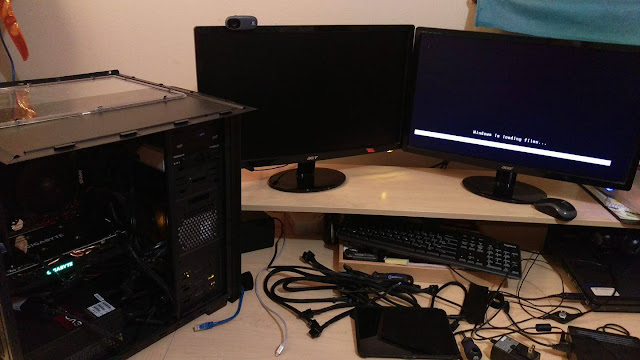 We've had some down time in our other gaming endeavors and Terraria just released a huge patch Lately when I run anything on my old alienware (2009) it sounds like it might die, and is pretty laggy.

I decided i needed a new computer and both BF and Brother told me I need to build it. I was on the edge of annoyed and flattered.. and maybe apprehensive. I just want it, I want it quickly, and I don't want to worry about the fact that I built it so it might be shitty. 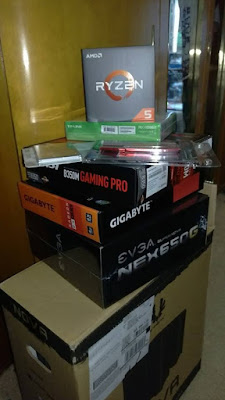 Unfortunately the best advice was just "you can build a computer for half the price" and they know I love saving money. I don't really know a lot about parts. What parts do I want/need, which will be best for my computer usage? Reddit has an amazing community, a series of subreddits devoted to building your own computer and joining the PC MasterRace (vs mac, or gaming systems)

I personally perused the /BuildaPC for a while and then /BuildaPCForMe. This second community is convenient and the main basis for my computer build.

They have a template to fill out where you document what programs you use a lot, what games you play, any weird things like "I like having USB plugins on the front panel" or "I have a dvd drive I am going to add" or "I need convenient support for two monitors" (all things I listed) and you add a budget. Mine was $600 (I didn't *think* I needed the OS, I was going to use my copy of Windows 7, but I'll get to that) I also knew I had a little leeway in case I decided to upgrade here and there.

My original answer came in from /u/HAThating101 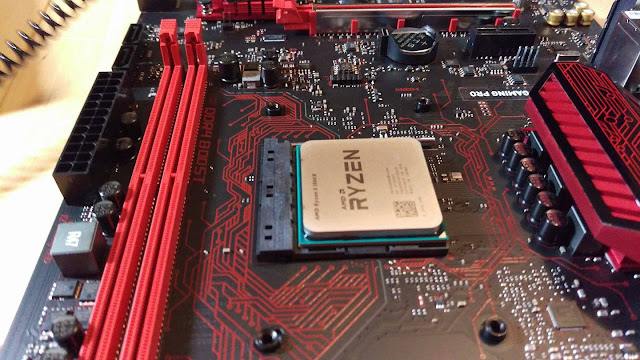 I made a couple changes - I bought my case from Amazon, it was $10 more expensive, but I saved $15 in shipping. Super Biz didn't have my video card, so I added it for an extra couple dollars from Newegg. (however, again I probably saved the shipping amount) I actually decided to go with an rx580 instead of the 570. it was $30 more and a higher processing power.

Anyway long story short, i bought those pieces and put them  together in the right order. 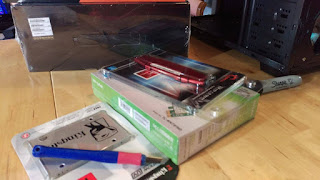 Heads up, AMD Processors don't support installing Windows 7.  It shuts down USB support when trying to install the OS. Drop $100 on Win 10, USB For days.

The best option was to get an adapter  Nope, wait.  Your keyboard will only work with the ps2 adapter if your keyboard originally was wired to connect by ps2. So unless your keyboard is already USB but came with a ps2 converter the adapter won't work! 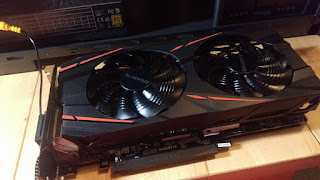 The OTHER option was to get an old school ps2 keyboard for one use. Cool cool cool cool.  What do you mean amazon only has them for $75+?

So I ran my ass down to BestBuy and bought Windows 10.

I also ran into some issues with using the wrong screws, so my motherboard had too much give (like i guess it should have enough give so it doesn't snap, but not enough to ever wiggle or touch anything it shouldn't be touching)

So every time I did anything, like plug things in, my video card would turn off. I don't want to use the word short out, because that still scares me. 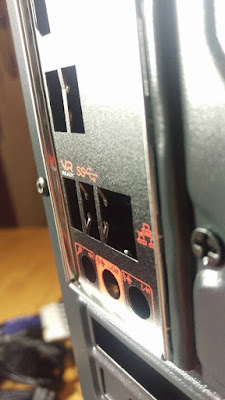 I took everything out and balanced out the screws. spent like a day installing drivers and thinking i got the most updated one.

I am pretty sure i'm all set.

The only thing messed up now is Terraria has a glitch in which my character freezes but the world around me keeps gong, and i can see everything going. ALL MY DRIVERS are updated.  Why!?!

We spent all the free time for a week or two playing Terraria. whenever the snow storm event (world storm event) if I am in the snow biome, my character just sits there. No one can hit me, I can't move.. for 15-20 minutes.

but it will unfreeze eventually. When I was hosting the server it sucked, because i couldn't just log out and come back, or else we lost any progress, and sometimes the loot, if we had recently put anything in inventory. So I would have to wait it out. When Brother started hosting, I could just alt-f4 and gtfo.

We finished all the bosses in Terraria and now I'm using the computer to update my character sheets and maybe start some campaign notes on my wannabe campaign.
Posted by Vanessow at 1:48 PM